We have added hundreds of electronic books to our collection throughout the month of February. Here are just a few selections: 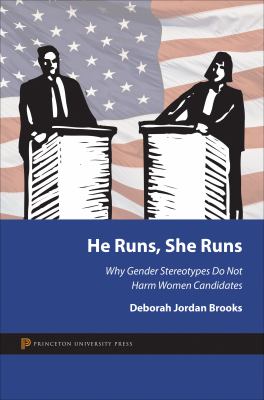 He Runs, She Runs by Deborah Jordan Brooks
Call Number: Online
ISBN: 9781400846191
While there are far more women in public office today than in previous eras, women are still vastly underrepresented in this area relative to men. Conventional wisdom suggests that a key reason is because female candidates start out at a disadvantage with the public, compared to male candidates, and then face higher standards for their behavior and qualifications as they campaign. He Runs, She Runs is the first comprehensive study of these dynamics and demonstrates that the conventional wisdom is wrong. With rich contextual background and a wealth of findings, Deborah Jordan Brooks examines whether various behaviors--such as crying, acting tough, displays of anger, or knowledge gaffes--by male and female political candidates are regarded differently by the public. Refuting the idea of double standards in campaigns, Brooks's overall analysis indicates that female candidates do not get penalized disproportionately for various behaviors, nor do they face any double bind regarding femininity and toughness. Brooks also reveals that before campaigning begins, women do not start out at a disadvantage due to gender stereotypes. In fact, Brooks shows that people only make gendered assumptions about candidates who are new to politics, and those stereotypes benefit, rather than hurt, women candidates. Proving that it is no more challenging for female political candidates today to win over the public than it is for their male counterparts, He Runs, She Runs makes clear that we need to look beyond public attitudes to understand why more women are not in office. 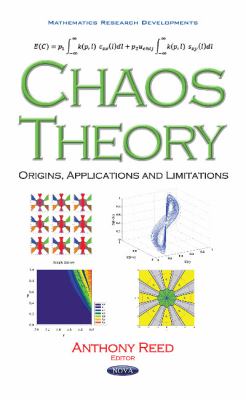 Chaos Theory by Anthony Reed
Call Number: Online
ISBN: 9781536103373
This book provides new research on Chaos Theory. Chapter One begins with a discussion on the applications of Chaos Theory to financial statements. Chapter Two describes how the Chaos Theory of Careers developed out of discontent with previous career development theories and how fundamental concepts such as non-linearity, emergence, systems thinking, attraction, unplanned change, could be applied to work and career development to produce new insights for theory, research, assessment and counseling in the field. Chapter Three examines the application of Chaos Theory to ventricular wall biomechanics. Chapter Four numerically investigates a model of a diffusively coupled ring of cells. Chapter Five reveals the escape properties of orbits in a dynamical system of a two-dimensional perturbed harmonic oscillator, which is a characteristic example of open Hamiltonian systems. 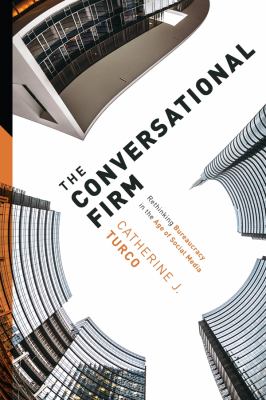 The Conversational Firm by Catherine J. Turco
Call Number: Online
ISBN: 9780231178983
A fast-growing social media marketing company, TechCo encourages all of its employees to speak up. By promoting open dialogue across the corporate hierarchy, the firm has fostered a uniquely engaged workforce and an enviable capacity for change. Yet the path hasn't always been easy. TechCo has confronted a number of challenges, and its experience reveals the essential elements of bureaucracy that remain even when a firm sets out to discard them. Through it all, TechCo serves as a powerful new model for how firms can navigate today's rapidly changing technological and cultural climate. Catherine J. Turco was embedded within TechCo for ten months. The Conversational Firm is her ethnographic analysis of what worked at the company and what didn't. She offers multiple lessons for anyone curious about the effect of social media on the corporate environment and adds depth to debates over the new generation of employees reared on social media: Millennials who carry their technological habits and expectations into the workplace. Marshaling insights from cultural and economic sociology, organizational theory, economics, technology studies, and anthropology, The Conversational Firm offers a nuanced analysis of corporate communication, control, and culture in the social media age.
Add a Comment